Fishbrain joined Old Salts as a sponsor early in 2015; they wanted to be involved with some of the largest tournaments in Florida to help spread the word about the app. As a sponsor, Fishbrain is onsite at every tournament throughout the year, which allows them the opportunity to engage with an interested audience.

“One of the finest organizations I’ve had the privilege of working with and supporting, we get more sign ups at an Old Salt event than any other event we participate in,” said Tom Swick, US Relations Fishbrain. 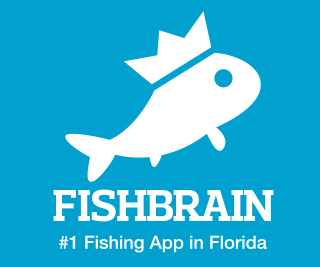 Fishbrain is a mobile app and social network for the angling community founded in 2010. Fishbrain cross-referenced geological and meteorological data, such as wind speed and direction and air humidity and temperature — to help other users figure out things like the best spots to fish or the best bait to use to catch a particular type of fish.

The service also lets anglers log their fishing trips and catches and share them with the rest of the community — including uploading photos to show exactly how big their catch really was.

The more anglers who use the app – the more useful it becomes for the users. That’s why partnering with a fishing organization that has a broad reach, whose members fish for multiple species, in multiple formats was a right fit. Old Salt has inshore tournaments, a ladies tournament, the largest King Mackerel tournament in the country and a storied billfish tournament, making for a perfect relationship between the two organizations.

Fishbrain has over 1.1m users and is averaging 5000 new registered users daily.