March always brings up the topic of luck thanks to St. Patrick’s Day and the lure of the leprechaun. In fishing I hear the saying, “I’d rather be lucky than good,” often among some of the best anglers.

Fisherman are known to be very superstitious. Some of these traditions have been passed down for generations in tales of crazy fishing or insane experiences on the water. Some are comical and some … well, lets just say may have some merit. Here are our TOP 10

1. Don’t whistle on board: Mariners have long held the belief that whistling or singing into the wind will “whistle up a storm”. 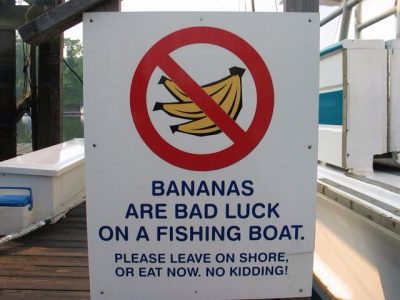 2. Don’t bring a banana on board: bananas have long been thought to bring bad luck, especially on ships. One theory suggests that because bananas spoiled so quickly, transporters had to get to their destination much quicker. Fisherman thus never caught anything while bananas were on board. Another danger caused by monkey’s favourite fruit fermenting so quickly, was that in the heat of the storage hull, bananas would produce deadly toxic fumes.

Another theory on the perils of bananas at sea (though there are tons) is that a species of deadly spider would hide inside banana bunches. Their lethal bite caused crewman to die suddenly, heightening the fear that banana cargo was a bad omen. Many boaters continue to avoid bananas at sea, some even avoiding banana smelling sun tan lotion or Banana Boat brand! 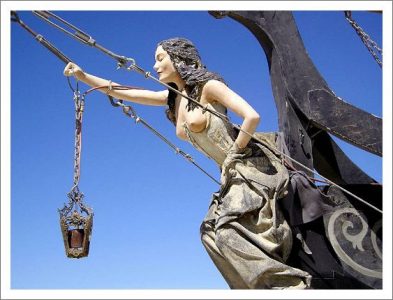 3. Don’t allow women on board: Women were said to bring bad luck on board because they distracted the sailors from their sea duties. This kind of behavior angered the intemperate seas that would take their revenge out on the ship. Funny enough, naked women on board were completely welcome. That’s because naked women “calmed the sea”. This is why ships’ typically had a figure of a topless women perched on the bow of the ship. Her bare breasts “shamed the stormy seas into calm” and her open eyes guided the seamen to safety.

4. Dolphins are a good omen: Dolphins swimming with the ship are seen as a good sign.  Sharks are a bad omen:  A shark following the ship is a sign of inevitable death.

5. Don’t kill an albatross or a gull: you will get lost at sea

7. Don’t bring an umbrella on board:  they are used for foul weather and bringing one on board was thought to tempt fate. 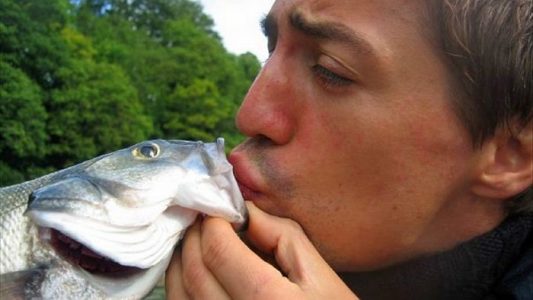 8. Kiss the first caught fish (or toss it back): According to some anglers, failing to kiss the first fish you catch during your outing will result in you catching far less fish than you want too. Another version of this superstition is to toss the first one back to ensure many more are cauhght.

9. Never rename your boat: It’s bad luck to change the name of the boat. Boats develop a life and mind of their own once they are named and Christened. If you do rename the boat- you absolutely must have a de-naming ceremony. This ceremony can be performed by writing the current boat name on a piece of paper, folding the paper and placing it in a wooden box then burning the box. After, scoop up the ashes and throw them into the sea

10. The Lucky Fishing Hat: Anglers are very insistent on their particular hat. So much so that we drive our spouses, girlfriends and/or boyfriends crazy with our stinky old baseball hats that we refuse to throw away, as they must be good luck.

What are your “lucky” musts for fishing? and Would you rather be lucky or good at fishing? Leave a comment below and let us know!

Get your limited edition LUCKY than GOOD shirt for only $12.95.
Order today – Click here

10 Responses to Would you rather be LUCKY or GOOD?